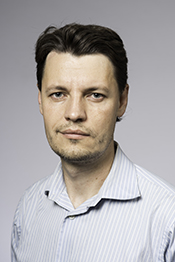 PhD, British Columbia, 2016. Anderson Frey's work lies at the intersection of comparative politics, empirical political economy, and research methodology. Broadly, he studies the relationship between public policies and the behavior of parties, politicians, and voters in Latin American democracies. Some of his recent publications focus on the impact of redistributive policies on clientelism in Brazil, electoral coalitions in Mexico, and the connections between descriptive representation and party ideology, also in Brazil. Professor Frey's work has been published in the American Journal of Political Science, the Quarterly Journal of Political Science, and the Journal of Public Economics. He teaches courses on electoral politics, economic development, and quantitative methods in political science.