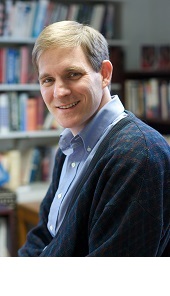 PhD, Harvard, 1993. International relations, international finance, and international organizations. Director of the Skalny Center for Polish and Central European Studies. Articles have appeared in the American Political Science Review, International Organization, the Journal of Politics, and other leading political science journals, and author of three books: Controlling Institutions: International Organizations and the Global Economy (2011); Lending Credibility: The IMF and the Post-Communist Transition (2002); and Satellites and Commissars: Strategy and Conflict in the Politics of Soviet-bloc Trade (1996). Currently working on a new book on interactions between multinational corporations and international institutions. Was a Fulbright Senior Scholar in Berlin, has received research funding from the NSF, IREX, NCEEER, the SSRC and the Academy of Sciences of the USSR, and has consulted for the International Monetary Fund. A member of the Council on Foreign Relations. Has taught a range of courses on international relations, political economy, and Russian and East European politics. Recipient in 2015 of the William H. Riker Award for Excellence in Graduate Teaching.