Professor Jones’s group is involved in the study of transition metal organometallic compounds for the cleavage of strong carbon-element bonds (e.g., C-H, C-C, C-S, C-F), with synthesis, structure, and reactivity being integral components of each project. New complexes for carrying out organometallic reactions are developed and the mechanism of the reaction is studied as a means of improving reactivity. Complexes that can activate C-H bonds of unreactive aromatic and aliphatic hydrocarbons have been developed. Through a series of kinetic studies, the relative thermodynamics of arene vs. alkane activation has been established, showing that alkanes first bind to the metal before undergoing cleavage of their C-H bonds. This work has led to a fundamental understanding of the thermodynamic factors that control the preference for linear vs. branched alkyl ligands.  Another area that is under pursuit is the modeling of the hydrodesulfurization of petroleum using homogeneous transition metal complexes.  Work in the group has also shown that even the strong C-C bonds connecting aromatic rings can be cleaved. Extension to the cleavage of C-CN bonds in nitriles has led to an investigation of the interconversion of nitriles produced in the DuPont adiponitrile process.  Most recently, discoveries of new catalysts for alcohol dehydrogenation to ketones have been found, as have catalysts for amine dehydrogenation to imines.  The group has also discovered a novel, selective route to convert ethanol to 1-butanol using tandem organometallic catalysis. 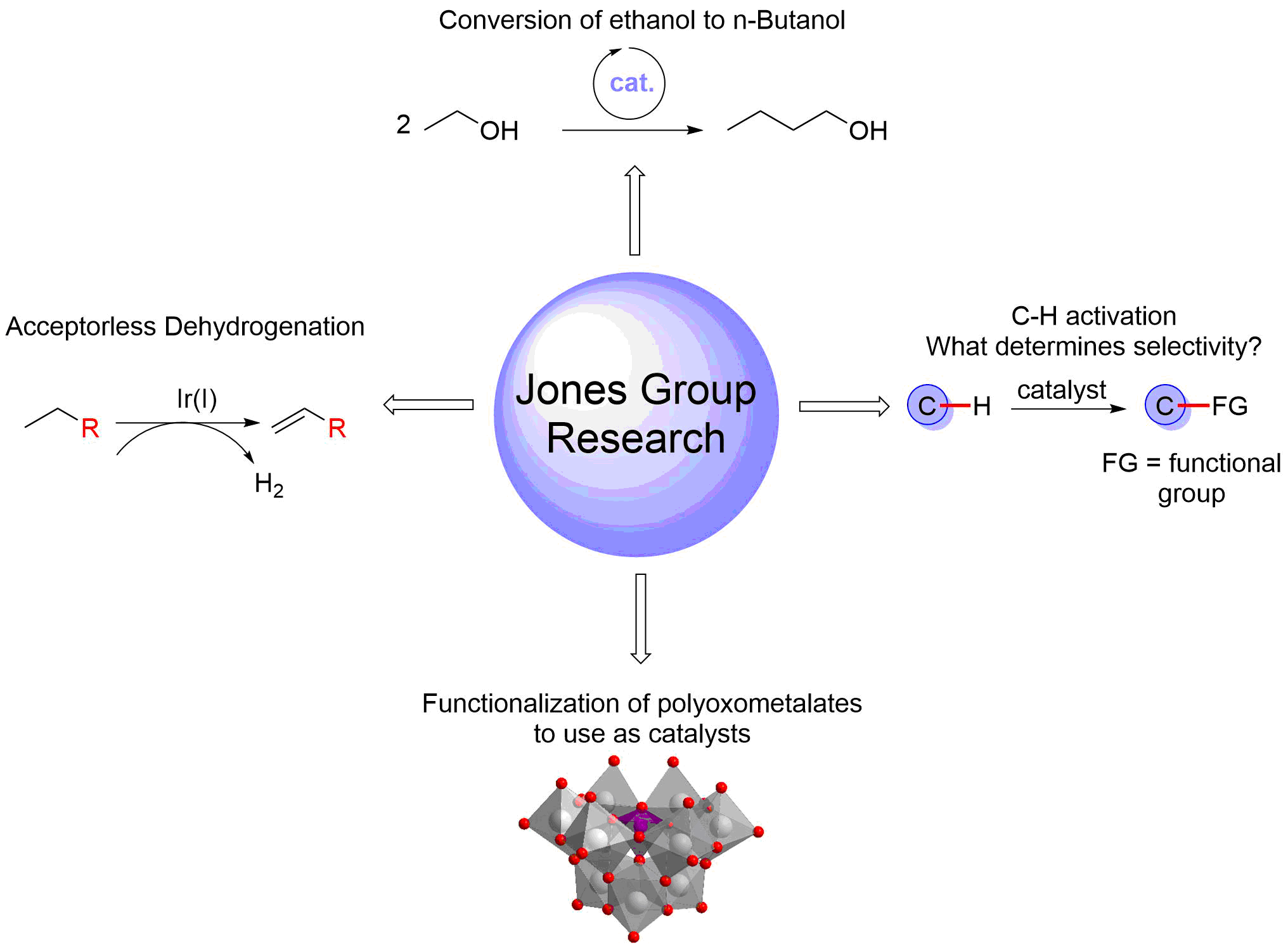