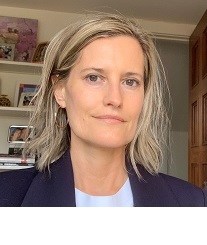 PhD, Chicago, 2000. Helmke's research spans political institutions, judicial politics and the rule of law, informal institutions and norms, and democratic erosion in Latin America and the United States. Her research has been funded by the NSF, the SSRC, Democracy Fund, and the Hewlett Foundation. She is one of the co-founders of Bright Line Watch, a non-profit organization that brings together leading political scientists to monitor democratic practices in the United States from a comparative perspective. Her recent article, "Democracy by Deterrence: Norms, Constitutions, and Electoral Tilting" (co-authored with Mary Kroeger and Jack Paine, forthcoming, American Journal of Political Science) develops a game theoretic model that links the GOP's current advantage in playing constitutional hardball to the demographic sorting of social groups into the Democratic and Republican political parties.