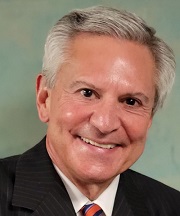 JD, Albany, 1978. Constitutional criminal procedure and law. Mr. Fiandach is a practicing defense attorney with board certification. Well known as a lecturer on legal issues, he has given over 300 lectures to lawyers groups across North America and served as a panelist at a conference on Alexis de Tocqueville, where he discussed Tocqueville's views on lawyers. The author of four legal textbooks and hundreds of articles on legal issues, he has contributed numerous pieces for various legal publications and newspapers. He has authored several papers on Miranda v. Arizona, most significantly "Miranda Revisited" (2005), published in The Champion, the journal of the National Association of Criminal Defense Lawyers, and "Miranda at Fifty" (2016), published in the New York State Bar Association Criminal Justice Section Journal. Other articles include "Stopping a Car: What Does it Take?" also published in the New York State Bar Association's Criminal Justice Section Journal, in which Mr. Fiandach explored the constitutional parameters that come into play with the stop of a moving vehicle. In an earlier article, "The Great .08 Debate," which also appeared in The Champion, he statistically analyzed the effectiveness of reducing DWI per se blood levels to .08. Most recently, Mr. Fiandach authored "The Constitutional Status of Slavery: A Lawyer's Interpretation" (2022), which was published in volume 84 of the Albany Law Review. Fiandach has been named a "Superlawyer" and also recognized as a Best Lawyer. In his personal life he enjoys being a parent, a skier, reading and working out.