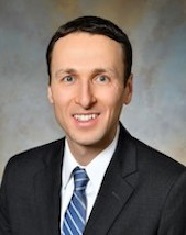 PhD, Stanford, 2002. American politics, campaign finance, corporate political strategy, corporate social responsibility, fiscal policy, and political bargaining. Primo's most recent project on campaign finance is the focus of his fourth book, Campaign Finance and American Democracy: What the Public Really Thinks and Why It Matters, co-authored with Jeff Milyo (University of Chicago Press, 2020). His first book, The Plane Truth: Airline Crashes, the Media, and Transportation Policy (Brookings Institution Press, 2003) , co- authored with Roger Cobb, examines governmental responses to plane crashes. His second book, Rules and Restraint: Government Spending and the Design of Institutions (University of Chicago Press, 2007), focuses on the design and enforcement of budget rules and received the 2008 Alan Rosenthal Prize awarded by the Legislative Studies Section of the American Political Science Association. His third book, A Model Discipline: Political Science and the Logic of Representations (Oxford University Press, 2012), co-authored with Kevin Clarke, studies the role of models, both theoretical and statistical, in social science research. Primo has published articles in over a dozen journals including the American Journal of Political Science, Election Law Journal, Journal of Law, Economics, & Organization, Journal of Politics, and Strategic Management Journal, as well as in several edited volumes. Primo's work has been supported by several organizations, including the National Science Foundation. His op-eds have appeared in national newspapers including the New York Times and Wall Street Journal, and he's been interviewed on radio and television stations including Bloomberg and National Public Radio. Primo has testified before Congress multiple times on the subject of constitutional budget rules and budget process reform, and his campaign finance research was cited in 2011 by Chief Justice John Roberts in a US Supreme Court decision regarding the public funding of elections. In 2014, Primo created the Politics and Markets Project, which fosters education, research, and debate about the appropriate relationship between business and government in the 21st century. Primo teaches courses in American politics, corporate political strategy, and innovation and global business. He is a recipient of the Goergen Award for Distinguished Achievement and Artistry in Undergraduate Education, the Edward Peck Curtis Award for Excellence in Undergraduate Teaching, and the Undergraduate Professor of the Year Award given by the University of Rochester Students' Association. Primo served as the Political Science Department's Director of Graduate Studies from 2010-2017.