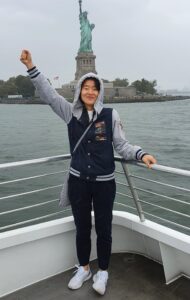 SIRT6 functions as a key regulator of multiple pathways related to aging, such as genome and epigenome stability. While SIRT6 KO mice showed a severe progeroid-like phenotype, SIRT6 overexpression extended the lifespan of mice. Growing evidence indicates that epigenome structure becomes compromised with age which may be the main driver of age-related decline. High-density repetitive DNA elements, such as telomeric sequences, satellite sequences, and transposable elements, are usually covered by heterochromatin in young cells, but heterochromatin unravels during aging. SIRT6 maintains heterochromatin and facilitates packaging of those repetitive sequences. The goal of my project is to examine mechanisms by which SIRT6 regulates epigenome stability during aging and rejuvenates the epigenome.