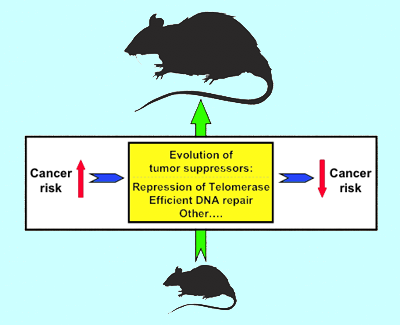 Replicative senescence is believed to be an anti-cancer mechanism that limits cell proliferation. The difference between mice and humans led to the hypothesis that repression of telomerase in somatic cells has evolved as a tumor-suppressor adaptation in large, long-lived organisms. We tested whether regulation of telomerase activity coevolves with lifespan and body mass using comparative analysis of 15 rodent species with highly diverse lifespans and body masses.