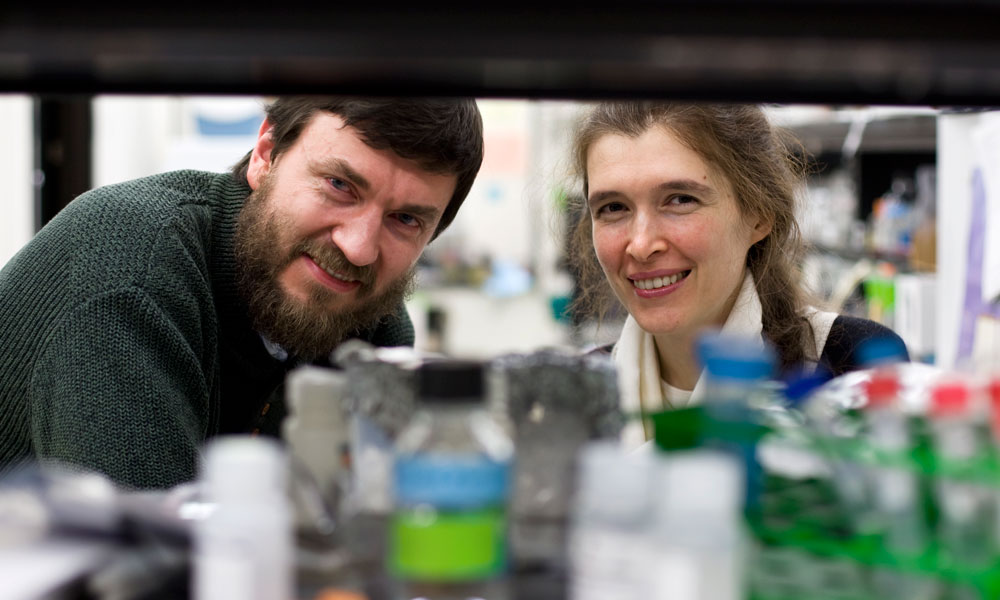 This article originally appeared on sciencedaily.com.

Biologists, geneticists, and other scientists who study the cellular processes of aging have long focused on a gene known as sirtuin 6 (SIRT6) — so much so that it’s been identified as a “longevity gene.” Mice lacking the gene age prematurely, while mice with extra copies live longer. One of the molecular functions of SIRT6 is to help repair DNA when the strands of the molecule break. While such disruptions are a result of normal chemical processes that take place in cells, the damage has been linked to aging, as well as several age-related diseases. But how SIRT6 is activated has been unknown.

Now a research team led by Vera Gorbunova and Andrei Seluanov, professors of biology at the University of Rochester, has discovered a protein that may serve as a first responder, activating SIRT6 and setting in motion a cascade of molecular activity to repair the damaged DNA.

“We wanted to find how SIRT6 receives its signal to spring into action. Once we learn that, we may be able to activate SIRT6 even without stress,” said Gorbunova, who is the Doris Johns Cherry Professor in the Department of Biology.

To find out what activates SIRT6, the researchers alternately applied chemical inhibitors to human skin cells to determine which proteins were essential in getting the gene to repair the broken DNA strands. They discovered that one protein was involved in activating the gene in response to oxidative stress — c-Jun N-terminal kinase, which goes by the simpler term JNK. When JNK was inhibited, SIRT6 was not activated and the broken strands of DNA were not repaired efficiently.

The findings have been published in the journal Cell Reports.

To communicate stress signals within cells, JNKs add phosphate groups to proteins, and the Rochester study found the amino acid residue on SIRT6 that is modified by JNK. Once modified, SIRT6 can attract the enzyme PARP1 (Poly [ADP-ribose] polymerase 1) to the damaged site, where the enzyme undertakes a chemical process to repair the DNA. In effect, the activated gene serves as a first responder, recruiting DNA repair enzymes to the accident site and getting them to work.

The study is the latest work by Gorbunova and Seluanov to shed light on the molecular mechanisms that drive the aging process. Their previous work involved understanding the prominence of an inferior DNA repair process later in life, as well as how errant DNA fragments — called jumping genes — are typically kept inactive.

Understanding the molecular, chemical, and genetic process of aging has implications for both longevity and quality of life. While more research and clinical work need to be done, such studies help pave the way for possible treatments in the future.

For example, Seluanov says the results may allow pharmaceutical researchers to one day design drugs that activate SIRT6 in ways that reduce molecular damage.

“These drugs may be used to protect our genomes from damage, and could ultimately prevent cancer and extend healthy lifespan,” he says.