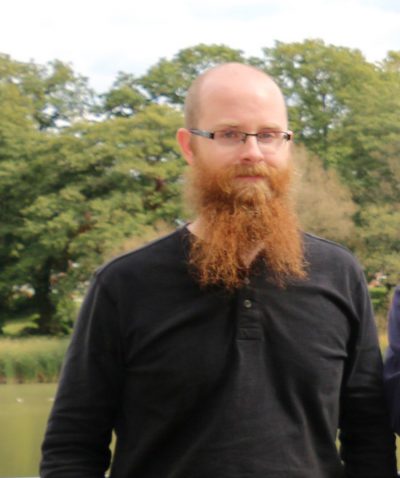 My research primarily focuses on the role of the LINE1 retrotransposon in aging. These abundant elements encode self-replicating machinery and comprise ~20% of the human and mouse genomes. The LINE1 life cycle involves the expression of two proteins, which associates with LINE1 and SINE RNA transcripts to be reverse transcribed into the genome.

This process involves DNA breakage and random mutagenic insertions, which have been shown to be detrimental to cellular health. Mounting evidence has indicated that LINE1s mobilize in aging systems, but whether or not this contributes to aging or age related phenotypes is not fully understood. We have found that the sirtuin protein, SIRT6, functions to help repress these elements.

Additionally, we have shown that direct inhibition of LINE1 retrotranscription by retroviral drugs drastically improves progeric phenotypes in SIRT6 KO mice, demonstrating a contributing role of LINE1 activity to age-related phenotypes. Currently, I am investigating new methods of suppressing LINE1s at different stages of its life cycle and the impact on aging.

In addition to LINE1s, I study variants of the human SIRT6 protein associated with longevity, as well as oversee a project discerning the impact of SIRT6’s different enzymatic activities on its function in lifespan and DNA damage response.